Our lives are full of stories, some long, short, happy, sad, and many that we simply don’t understand. I’ve loved books and stories since I was a little girl. I loved the wonder and the feeling of expectation and hope that came with reading a story. Of course, most of the books I read as a child would eventually have a good ending, and be wrapped up with some kind of a ‘happily ever after’. Some of our own life stories have that same happy ending, but others have endings that are messy, complicated, and can be impossibly hard to understand. Life does not always turn out as we expected or hoped. It can be a hard lesson to learn.

‘You never know what’s round the corner’, that’s what my mum would say. She was always one to look for the positive, to make the best of life no matter how bleak it appeared. Her life had not been easy, but she was ever hopeful for better things to come. I recall one Christmas when everyone was leaving to go home. I said goodbye to mum with tears in my eyes. She didn’t need to ask why, she knew, and she gently said ‘you never know what’s round the corner, things can change in a moment’. So true, but sometimes so hard to believe.

During the last year, those words, along with ‘things can only get better’, have been said to me numerous times. I must confess, that I have not always received those phrases very graciously. Why? Because they can come across as trite, and at times like a blatant lie. I don’t say this because I’m a pessimist or wallowing in self pity. I say it because the facts are, no matter how bad life gets, no matter how low you sink, things can always get worse! 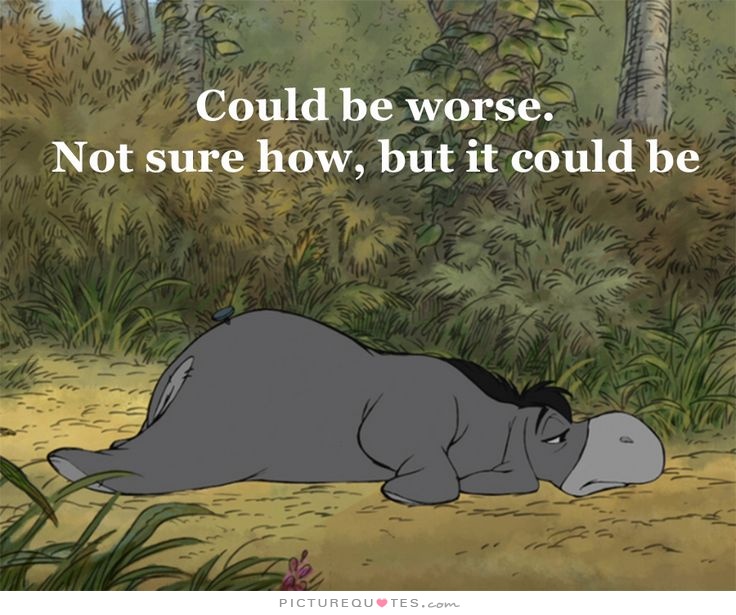 My latest story has been an especially difficult one. Over the last 20 months it feels like I’ve faced enough trauma to last me a lifetime! I had a serious accident and needed major orthopaedic surgery, which left me unable to work for the best part of a year. My mum had a massive haemorrhagic stroke and died 4 weeks later. My business collapsed, I had massive financial stress. My hair all fell out, 3 times. (Excuse me while I pause for breath) I’ve had severe anxiety and clinical depression, and suffered a nervous breakdown. A close friend betrayed me and I had a serious cancer scare. I had major gynaecological surgery, with complications, which, along with my age, put the kibosh on any hope of having children. I’m not looking for pity, I’m just saying that sometimes life can be really really shit, and just when it can’t get worse, it does!

Now at this point, you might be expecting me to say that even though I’ve been through a crap time, God is faithful, and He has created something beautiful out of the mess (or some other kind of annoying Christian/spiritual phrase) I’m not anti Christian, I’m anti ‘patronising spiritual Christian’isms’, I’m anti slapping a scripture on a weeping wound like a plaster. It is ineffective and insulting. I may sound annoyed, I guess I am a little. It’s just that I’m only interested in Christianity that is real, and brutally honest. Christianity that means something, Christianity that is a true example of Gods love in action.

There is no doubt, this year has been the toughest I’ve ever experienced. I’ve questioned God, been angry, hurt and utterly utterly broken. But amid the awfulness, there has been hope, and reasons to be thankful. I’ve been held up by a small group of precious friends, both near and far. Friends that have not only supported me emotionally, but in practical ways. I’ve had financial gifts, been taken out for many coffees, and probably a bit too much cake! I’ve had help walking my dog. A dear friend with a young family and a new baby included me in family life. She invited me to help with the children, and feeding the baby. Things that made me feel wanted and useful. Another friends husband sorted my car out when it needed an MOT. None of these things are particularly ‘holy’, but I think they are Gods love in action. Yes there is place for prayer, teaching and encouragement, but without action they can be empty words.

At my church they sometimes have what they call ‘God Stories’, in essence, stories of what God has done in people’s lives. It’s good, and can be a real encouragement to others. The thing is, it’s easy to thank God when we can see what he’s done, it’s easy to look back over situations and see Gods hand. I recall a couple who had been trying to get pregnant, they told their story of how tough it was, and how disappointed they were every time a pregnancy failed. They ended their story with the fantastic news that they were now 5 months into a healthy pregnancy. Their story ended in good news. So often we hear the end of people’s stories, when everything has worked out, when all is well. When babies have arrived, jobs have been found, money has been provided, and life has been wrapped up in a big pink bow. We don’t very often hear from people in the middle of their stories when everything still looks really crap.

I think we should have less focus on the final outcome of our stories, and more openness in the middle of them. That’s when we need the encouragement, when we might need a helping hand to keep going. When we need a friend to cry with. It’s ok to recognise and be sad about tough situations that we face. It doesn’t mean we don’t have faith, it doesn’t mean we don’t trust God, it is simply an indication of our humanity. For too long, some churches have been so focused on ‘having faith’, that they have swept ‘feelings’ under the rug. Should we be ashamed of how we feel? Should we be afraid to say we are disappointed. What’s the point in putting on a brave face, if underneath we are broken. Why keep up the facade, who are we fooling? Certainly not ourselves, and I’m pretty sure Gods not fooled either. If we cannot be completely open and honest with each other, then we simply perpetuate the lie. The lie that we have it all together.

This particular story of mine is not over yet, on the face of it, things still appear pretty rubbish. I don’t have the answers, and I don’t know how things are going to end. A happy ending seems far off, but, I am convinced that not one part of this story has been for nothing. Tough? Yes very, but difficult circumstances often become the greatest lessons, and produce deep rooted change, and profound growth.

If you’re in the middle of a tough or sad story, please don’t despair. Things may not be turning out as you expected or hoped, but you’re not at the end of your story yet. I pray that you have faithful, loving, and kind friends to support you. Most of all though, know this, the ultimate storyteller knows the beginning from the end. You are precious, loved, and never alone, and as my lovely mum would say, ‘you never know what’s round the corner’. Hold on.